A milestone year for Husky Baseball 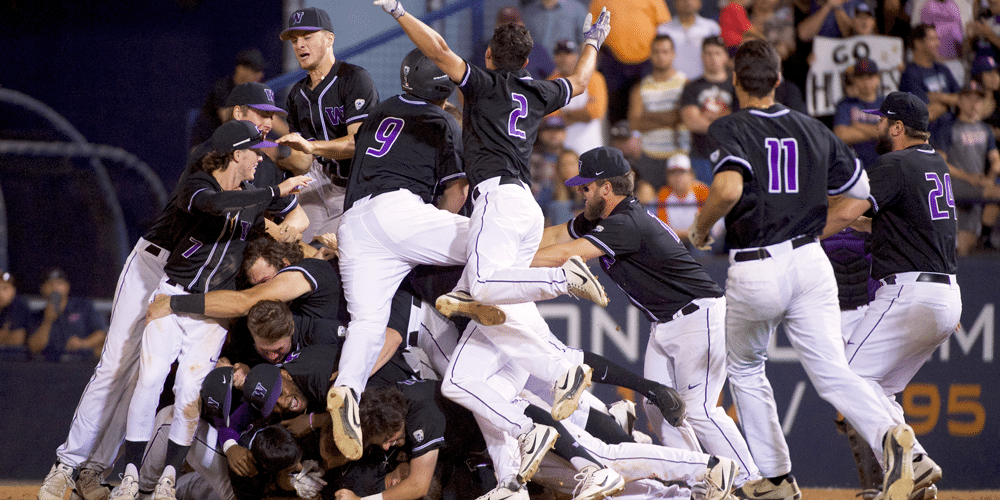 It all seemed to shift into high gear after Husky Ballpark was built in 2014. Tyee Club donors continued to support UW Baseball with funding for travel, equipment and technology like MLB-caliber video cameras and software programs that help analyze swings and pitches. With your support, this was a team on the rise.

And rise they did, earning the program’s first-ever spot in the College World Series in 2018. Following a thrilling two-out-of-three victory over perennial powerhouse Cal State Fullerton in regional play, the Huskies lost to eventual World Series champion and Pac-12 rival Oregon State. The team finished the season 35-26.

“Getting (to the World Series) is a breakthrough for us,” Head Coach Lindsay Meggs said. “It’s a significant step toward where we want to be. We want to be an Omaha program. We want people to think of us as somebody who belongs here.”