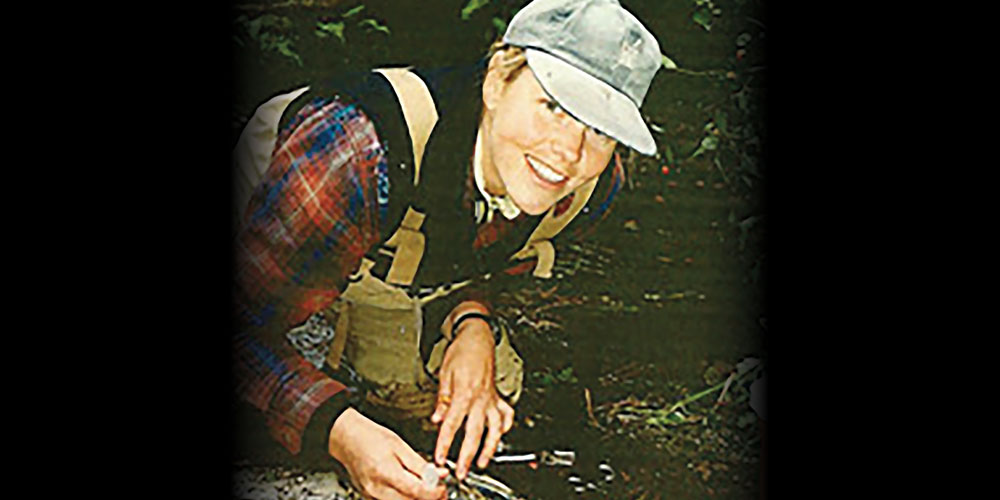 Kari Osterhaug had always loved the water, sailing and canoeing and swimming with her parents and four older siblings. But she’d never rowed crew until she showed up as a walk-on for UW Rowing tryouts her freshman year in 1989.

“She walked in and never walked out,” recalls her mother, Ingrid. “She was very positive and very encouraging of her teammates, and they loved her for that, electing her co-captain in her senior year. It was the camaraderie that brought her out every morning for practice before 6:00 a.m.”

“The total team atmosphere allowed Kari to discover who she was in terms of values,” echoes Kari’s father, John. “She became a passionate environmental scientist and clearly believed in the value of the work as a team effort by people with shared values and goals.”

Married more than 60 years, the couple endured a heartbreak no parents should ever have to face: Kari’s death at age 31, pregnant with her first child, at the hands of her mentally ill husband.

“We were so impressed with the UW Rowing program and what it had done for Kari that after we got over the initial trauma of losing her, we thought we should contribute something,” explains John.

“It is what Kari would have wanted,” Ingrid emphasizes.

The Osterhaugs decided to endow a scholarship in their daughter’s honor — the very first endowed scholarship fund for UW Women’s Rowing.

“The opportunity to endow the scholarship meant so much to us because her rowing days were such a bright era of her life,” Ingrid adds. “We get great satisfaction in knowing we can help other young women have a chance at the experiences Kari had.”

“Kari’s university years were primarily defined by her participation in the University of Washington women’s crew and I always recall with relish the excitement of those years.”

Kari’s Bog, A Mother’s Journey Through Her Daughter’s Life, Brutal Death and Legacy, a book by Ingrid Osterhaug