The Husky Hall of Fame 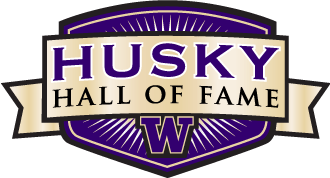 Since its inception in 1979, the University of Washington Husky Hall of Fame has welcomed 203 members to its prestigious ranks. Hall of Fame members exhibit skill in their sports, success in academics and the highest character and qualities that represent the very best of what it means to be a Husky.

Here are the 2021 Husky Hall of Fame inductees. Click on a photo to learn more.

Want to see our current Hall of Fame Members?

By Sport | By Year