‣ Played in 156 career matches in MLS, currently the third-most ever among UW men’s soccer alumni.

‣ Undrafted by the MLS out of college, Waibel signed with the A-League Seattle Sounders, playing for them in 1999, and earning a call-up to the MLS Colorado Rapids in 2000.

‣ Following playing career, was an assistant coach at Michigan, Washington, and Real Salt Lake before moving to the front office, taking the job as RSL technical director in 2015.

‣ On April 1, 2021, was named sporting director for the Seattle Sounders. 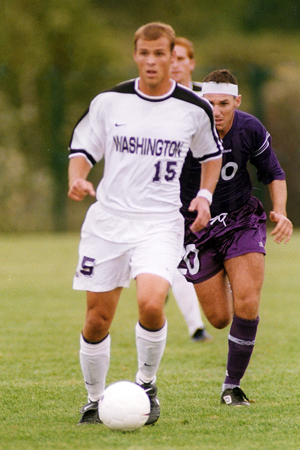