‣ Became Washington’s first NCAA singles semifinalist in over 40 years when he made a run to the semis in 1999, earning All-America honors.

‣ Also earned All-America honors in doubles as a senior, pairing with Robert Kendrick, as the two finished the season ranked 13th, the highest year-end doubles ranking in UW history.

‣ Also made the semifinals of the 1998 Pac-10 Championships.

‣ Helped the Huskies qualify for the NCAA Championships all four years, and helped provide big challenges to home favorites UCLA (2-4) and Georgia (3-4) in the second rounds in 1998 and 1999.

‣ Currently serves as a volunteer assistant coach for the Huskies under Matt Anger. 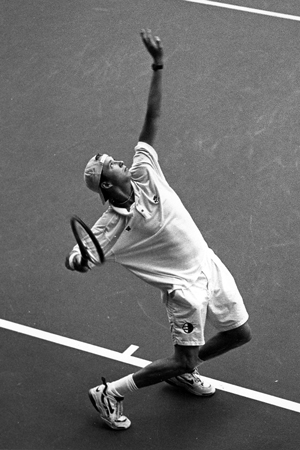