HOME Magazine & Gratitude Reports The Tyee Difference: Winter 2019 Champions in the classroom, too!

Champions in the classroom, too! 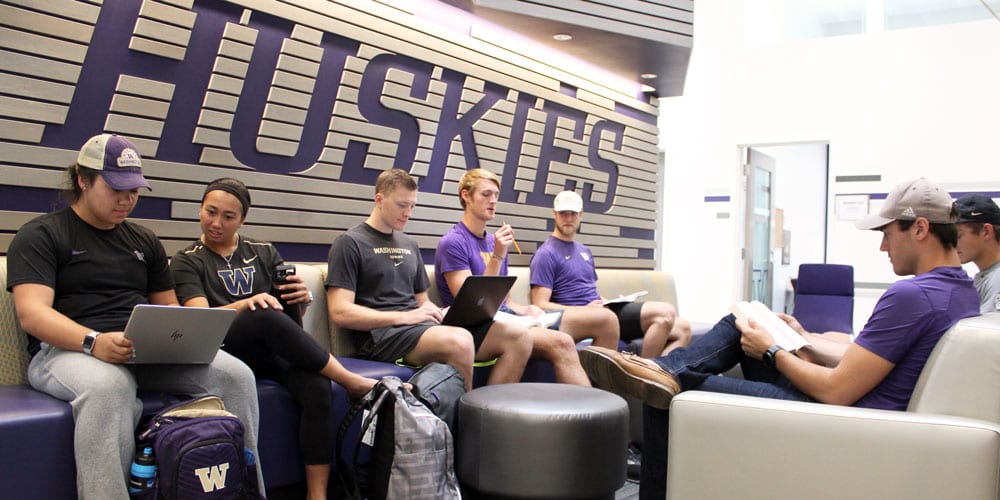 Thanks to the dedication and hard work of our student-athletes along with the support of Tyee Club donors, the Huskies make us proud with thrilling victories and record-setting performances in the classroom as well as in competition.

Your gifts fund comprehensive and in-depth academic services that propel student-athletes to unparalleled academic success. In the recently completed fall quarter, 21 of our 22 teams earned GPAs of 3.0 or better, tying a record set last year. In addition: