‣ Four-year starter from Snohomish, Wash., where he was a Mc-Donald’s All-American at Snohomish High School.

‣ Still holds the Washington single-season (391) and career (1,283) rebounds records. Career total ranks No. 4 in Pac-12 Conference history, while his 724 boards in conference play are most ever.

‣ Three-time team captain who helped lead Washington to the NCAA Sweet 16 as a freshman and to the second round of the NCAA Tournament as a senior in 2009.

‣ Selected by the Portland TrailBlazers in the second round (38th overall) of the 2009 NBA Draft.

‣ Played for the Sacramento Kings and the Milwaukee Bucks for a total of three seasons before playing professionally in France and Germany. 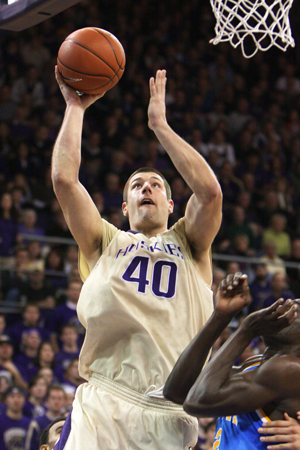