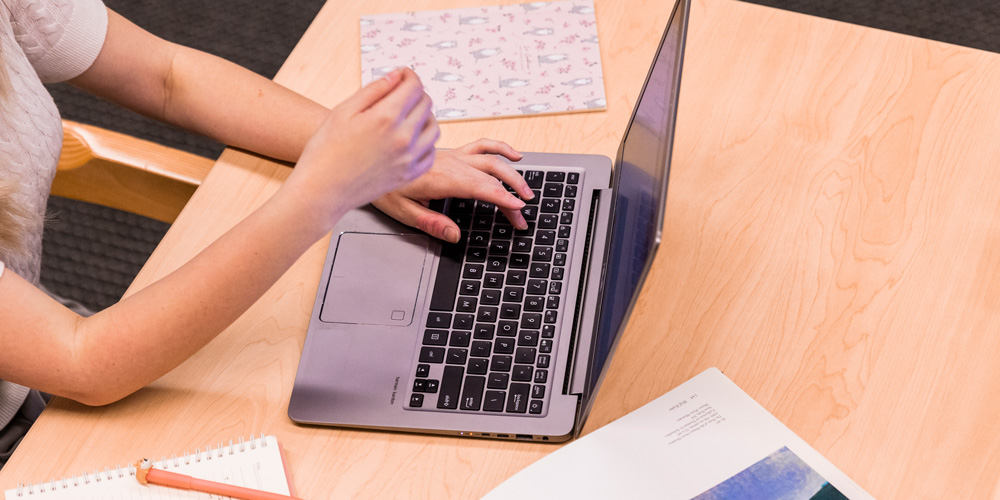 Husky student-athletes may have lost their spring seasons because of the COVID-19 pandemic, but they made extraordinary gains in their education. Without missing a beat, the Student-Athlete Academic Services team — sustained by generous donations from Tyee Club members — mounted a full-court press to help all 650 student-athletes succeed. Here’s a review of the game plan from Kim Durand, who directs the academic team. 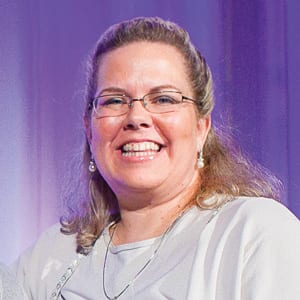 Take us through the chronology from the day you learned campus was closing to how you went about planning stay-at-home academic services.

The week before the Pac-12 Men’s Basketball Tournament in mid-March, we learned that winter classes would be shifting online. Soon after, the UW announced that spring sport seasons would be cancelled. We stayed up until the wee hours that night talking about how we could continue the highest levels of academic support that our student-athletes rely on. It was time to get creative and think outside the box.

Our staff immediately began communicating with student-athletes and UW faculty about how their classes would proceed. We were looking at about 1,500 courses. And that was in week 10 of the quarter, which can be more demanding than finals week with big tests, major papers and projects due.

We knew we couldn’t let them down just because we could no longer provide in-person tutoring, consultations and study tables where they have a structured environment to do homework. We shifted the hundreds of hours of tutoring we do to Zoom, working 10- and 12-hour days to meet online with student-athletes four or five times a week instead of just twice in person. Without physically going to class or tutoring, they would need more structure.

How did you handle all the logistical challenges of student-athletes working from home in different time zones all over the world?

After we helped every student-athlete get home — whether that was in the Seattle area or to places like China, Australia and Europe — we had to learn what was happening with every individual. We put together massive Google sheets to help with email addresses, class loads, you name it. We had to track down home addresses so we could ship textbooks to student-athletes for the next quarter.

Some of our students can’t afford laptops and we wanted to provide them. Our IT staff was relentless in hunting down laptops that were mostly on backorder at that point. I got on a first-name basis with the UPS driver, and the computers miraculously arrived on time!

We had three days before the deadline when scholarship checks would be mailed and dorm move-out decisions had to be made. Student-athletes needed advice on both academic and financial decisions — especially for the spring-sport seniors who would choose to come back to finish their college careers. The deadlines for graduate school applications had passed. I’m happy to report that we have plans for each returning senior student-athlete for next year.

Who else pitched in to ensure student-athletes would do well academically?

Everyone’s been all-in on academics. Our coaches have embraced this in a huge way. They’re running study tables, holding remote meetings every day or a couple times a week to check in on academics and to motivate student-athletes. It’s working because everybody is pulling together.

Most of all, it’s the student-athletes themselves who have shown unbelievable resilience through all this. There was no bellyaching, no woe is me. They just buckled down and pushed forward. I am shocked at how few issues we’ve had with missed tutoring meetings, kids forgetting assignments — even fewer than during a normal quarter.

What was the result of all this good work?

We finished the winter quarter, but we were nervous. So many things were out of our control. And then we got the grades and I couldn’t believe it! We tied our all-time record for overall GPA and had 21 of 22 teams above a 3.0. The one team that didn’t quite make it still scored their highest in-season GPA in 14 years. And don’t think that’s because the classes were somehow easier from home. If anything, it’s harder for students because they thrive on structure.

There was a big virtual celebration when those grades came in. Student-athletes are so hungry for seeing each other since they’re used to being together every day. We’ve found ways to help them socialize online and celebrate each other.

“I’m so proud of these young men and women. And I’m so grateful that, thanks to donors like you, we have the resources to help them achieve their biggest victory: getting the most out of their UW education.”
— Kim Durand

Three out of four student-athletes earned a 3.0 GPA or better