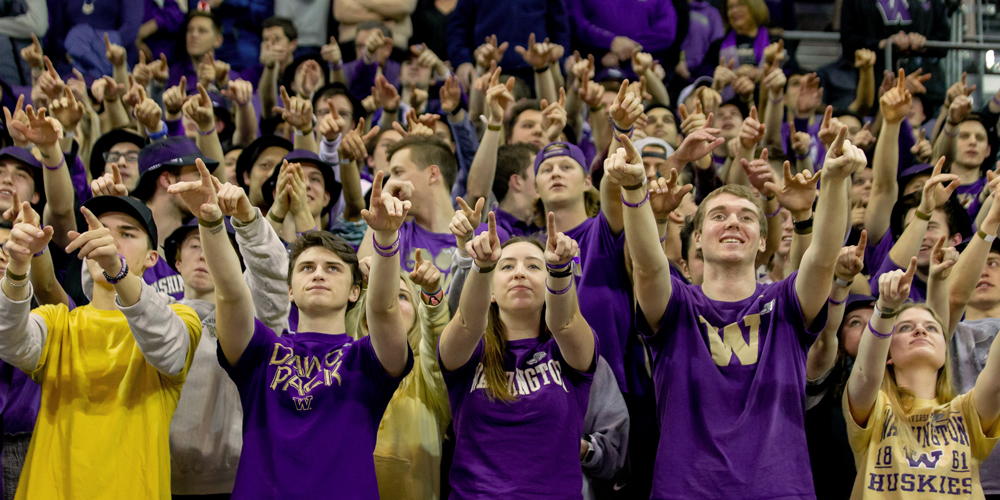 $306 million has been raised towards our overall campaign goal of $320 million.

More people donated to support Husky student-athletes in 2018–19 than in any other year on record. Thank you!

A remarkable 1,586 first-time donors joined the ranks of the Tyee Club faithful.

More than 5,600 people donated to The Competitive Edge Fund, a new opportunity for comprehensive, meaningful impact launched as part of The Game Changer Campaign for Husky Athletics.

Another 13 donors joined Forever Washington in 2018–19 by acknowledging their intentions to remember UW Athletics in their wills or other estate plans.

The principle of our endowed scholarships grew from $79.1 million to $104 million in 2018–19, surpassing our campaign goal.

As we approach the joyful, formal culmination of the Campaign on June 30, 2020, you’ve given us the confidence to keep the momentum going. We will maintain the Game Changer title for $50,000+ donors and keep The Competitive Edge Fund in place to give student-athletes a leading advantage in their education and in competition.

Put your purple-and-gold passion into action and learn more about the impact of your generosity.