Prior to and After Washington

‣ Took the 2008 college season off to compete for Canada at the 2008 Olympic Games in Beijing, China
‣ Appeared in three games at the Olympics, pitching 12 innings
‣ Currently training to play for Canada in the 2020 Olympics
‣ Also a member of the Canadian National Team from 2005-08
‣ Played for the USAA Pride in the National Pro Fastpitch (NPF) league, making the all-star team in 2011 and winning two Cowles Cup Championships (2010 and 2014) 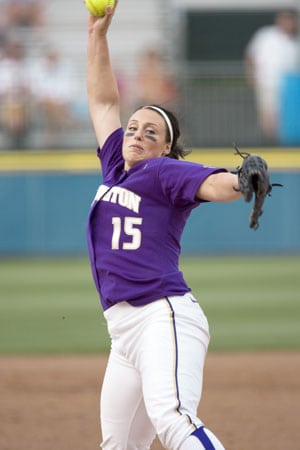